We celebrate the leaders driven by success for the traits they possess. Grit, self-confidence, determination, honesty, and perseverance are all applauded, and so many aspiring entrepreneurs model themselves in their likeness. But there's one trait that gets overlooked, and I believe it's one of the most important traits of all: emotional intelligence.

Emotional intelligence, which you'll sometimes see referred to as EQ or EI, is a trait more pronounced in leaders that are driven by people over profits. It was coined by two psychology professors, John D. Mayer and Peter Salovey, back in 1990 and is connected to a person's ability to identify, understand, and manage their own emotions and the emotions of others.

What does this have to do with business leadership, you might be wondering? Psychologist, Daniel Goleman, merged these two worlds together eight years later. His belief was that a leader could have all the training and business acumen in the world, but they wouldn't be a good leader without emotional intelligence. And I agree.

There are five attributes that make up emotional intelligence: self-awareness, self-regulation, motivation, empathy, and social skills. Through these attributes, emotionally intelligent leaders aren't only in tune with their own emotions, but can also recognize and guide the emotions and needs of the people they influence.

Of course, every business still needs a captain at the helm of the ship. But instead of a leader being driven by what's in their best interest, leaders with high EQ are aware of the needs of their employees and take that into consideration with every decision they make.

Despite knowing how powerful emotional intelligence can be for over 30 years now, it's still not nearly as common in business leadership as we might hope. One study found that 97% of CEOs believed they were being empathetic towards employees' emotional needs, but only 69% of employees agreed. Clearly, there's more work to do.

Companies with emotionally intelligent leadership have happier employees, which means they also have higher employee retention rates (a point I'll get to later). A happier workforce is a more engaged and productive workforce, which means higher profits and higher growth rates. Now, let's talk about why emotional intelligence is heralded as the most important leadership trait to have.

Why Is Emotional Intelligence Even More Critical Today?

The business world as we know it looks much different today than it did even two years ago.

Mental health has taken a blow in this post-pandemic climate. One global study found that 67% of people are more stressed, 57% of people are more anxious, and 54% are emotionally exhausted, while another study reported that 77% of employees are burnt out at their current jobs.

These statistics are cause for alarm. Not only are we facing a serious disease outbreak, we're also navigating a mental health crisis as well.

Employees are doing everything they can to protect every ounce of their well-being. Part of that is leaving companies they no longer want to work for, which has spurred the 'Great Resignation.' Employees are no longer willing to work at a job that is negatively impacting their mental health, and the companies suffering from outrageously high employee turnover ought to take a look at the emotional intelligence of their leadership.

Leaders who are self-aware and empathetic to the needs of their employees prioritize the things employees want the most. This could look like granting teams more flexibility and autonomy in the form of a hybrid or fully remote environment. It could look like making mental health resources and care easily accessible to those who feel overwhelmed by all the stress, anxiety, and burnout they've never had to navigate before. It could look like establishing new policies that grant workers more sick leave or paid time off so employees can take better care of themselves and achieve a better work/life balance.

Only when we value and respect the needs of our employees can we actually create a company culture that benefits people, while also supporting better business outcomes. No one should ever have to sacrifice employee well-being in the name of profitability.

Emotional intelligence isn't a 'fluffy' concept, it's rooted in business success. Leaders who are driven by their people stand out in the business world, especially now that the pandemic has significantly altered the way we conduct business. In order to succeed in a post-pandemic world, leaders need emotional intelligence — and employees shouldn't settle for anything less. 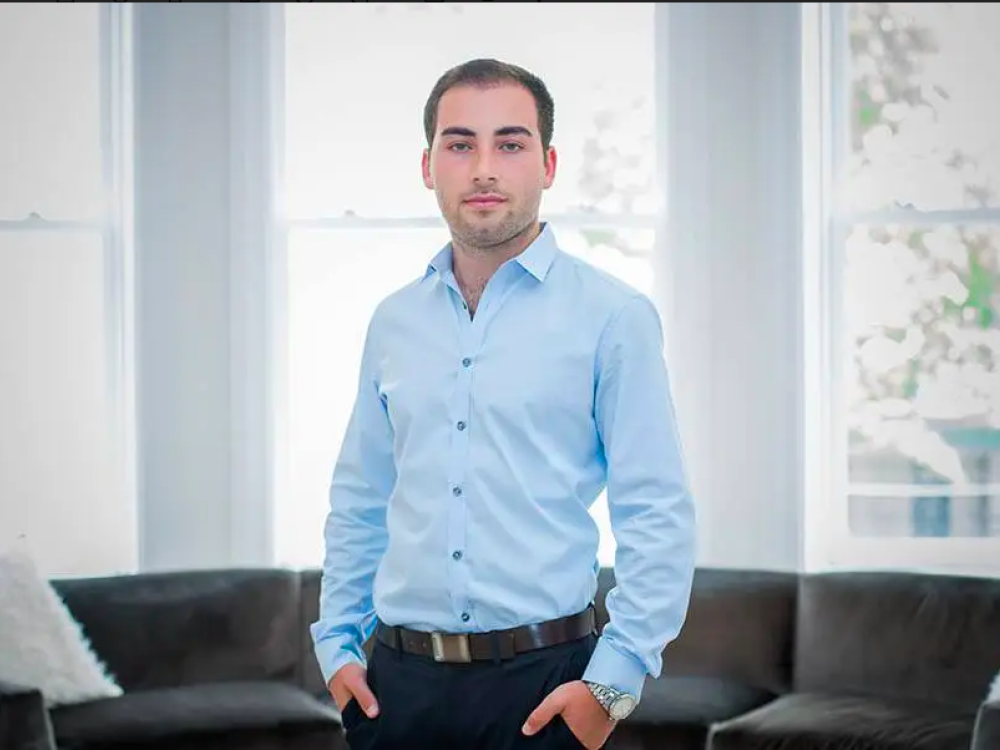 Jake Croman is an entrepreneur who lives and works in New York City. He is Vice President at Centennial Properties NY, where he oversees leasing and acquisitions, and is also an active real estate investor who primarily devotes his time to restaurants, medically supply companies, and fashion brands. Jake is also a consultant for a number of diverse retail concepts.