Steve Taylor, never averse to challenges, graduated from the U.S. Naval Academy in 1999 and later flew 18 combat missions during Operation Iraqi Freedom. In his post-military career he has served in executive positions with such companies as Lyft, the ride-sharing service.

Then, in 2019, he took on duties of an entirely different nature when he became the COO of Fixt, a Baltimore-based on-demand tech repair platform then in just its fifth year of existence.

“I wear a lot of hats,” he told Andrea Koppel on the podcast “Time for Coffee” a year later. “My primary role is to help bring the founder’s vision to life.”

Indeed, that is always the role of the COO -- to complement the person in charge, no matter the title. Consider, for instance, how the CEO-COO relationship has been likened to that of the producer and director of a movie, or the lead singer and drummer in a band. One observer even drew on a football analogy dating back to the 1940s when he said ideally the CEO should be “Mr. Outside,” plotting a company’s course, while the COO should be “Mr. Inside,” tending to the everyday operations within the organization’s walls.

That was certainly the case with Taylor, who has since gone on to become the COO at Big Health. While Fixt founder Luke Cooper provided vision and direction, Taylor oversaw sales, accounting, HR and client support, having had to “build a lot of processes that didn’t exist” when he first arrived at the company.

“I think there’s a healthy tension that exists in a startup,” he said, “where you’re enjoying the chaos and comfortable in the uncertainty and ambiguity, but striving for consistency and discipline.”

Fewer companies than ever, no matter the size, believe a COO is needed to instill such qualities -- or do anything else, for that matter. As of 2019, just 32.3 percent of Fortune 500 enterprises had a COO, down from 48 percent in 2000 and 41.5 percent in 2011. There are also those who argue that startups don’t need one, and certainly that is true in a company’s earliest stages, when budgets are tight and staffs limited.

But when a company begins to grow (or when particularly thorny problems arise), the need for a COO becomes clearer. As entrepreneurial coach/consultant Randy H. Nelson wrote in his 2015 book “The Second Decision”: “If you’re trying to be both CEO and COO, one of your roles is getting neglected.”

In other words, there comes a point in the growth of every startup when the CEO is spread too thin, and someone is needed to help shoulder the load. Certainly every company reaches that juncture at a different pace, as no two journeys are alike.

Consider John Kramer, who as COO of HoneyBrook, a client management platform for creative enterprises, saw his role evolve and expand over a five-year period. He started out in charge of sales, operations and business intelligence/data, and subsequently added such matters as accounting, recruiting, sales and business development. He also took on what he described as “orphan functions,” loose ends that required his attention but did not require another full-time person to oversee them.

Kramer wrote that on average, COOs are in charge of 4.4 distinct functions at any given company. That’s a pretty sizable workload, he noted, in light of the fact that most companies have no more than eight. It is also a pretty compelling argument for having a COO in the fold.

But again, there is the question of when a startup should bring a COO aboard. Etsy COO Linda Kozlowski argues that there is a more immediate need if a company makes a physical product, but that it is less pressing if the business is producing a digital product:

“If you’re building a digital product, it’s time to hire an operations manager when you’ve reached product market fit and are ready to scale. … Hiring someone before you’re ready to grow -- such as if you’re still in beta -- will leave the candidate and you frustrated at lack of measurable change and progress. It doesn’t mean you can’t start your search early; just don’t do it until you have engaged, delighted users.”

Further, she advises that a CEO ask him- or herself what kind of help might be needed from a COO -- what problems the organization faces, and how that person can alleviate them -- and adds that when assessing candidates it is important to examine one’s own strengths and weaknesses, and how a newcomer might shore up the latter and enhance the former.

The long and short of it is that startups do in fact need COOs. That might not be the case immediately, but it will be the case at some point in the enterprise’s growth phase. They can complement a CEO, cover his or her blind spots and enable the organizational head to map out a long-term mission. 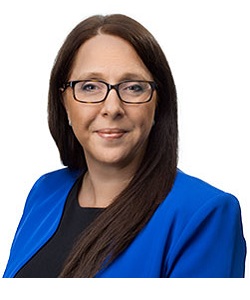